1920 Born in 1882 in Parma, Italy, Charles Ponzi was the infamous swindler who payed out returns with other investors' money. The "Ponzi scheme" is named after him. After running a highly profitable and expansive investment scheme, Ponzi was arrested on August 12, 1920.

1939 Carl Rehnborg began selling his vitamins as the California Vitamin company and renamed it to Nutrilite that same year.

1945 Carl Rehnborg invented the multi-level marketing compensation plan, to pay people in a down-line/level model to distribute his vitamins.

1951 The court issued a permanent injunction forbidding anyone who sold Nutrilite products from referring to any edition of "How to Get Well and Stay Well" and more than 50 other publications that exaggerated the importance of food supplements. The court decree also contains a long list of forbidden and permissible claims about nutrition and Nutrilite products.

1979 Amway was charged with price fixing, misrepresentation of income claims, and pyramiding claims by the FTC. Amway was also barred from paying referral fees.

1980 FED-X implemented "DADS" (Digitally Assisted Dispatch System) to coordinate on-call pickups for customers; this system allowed customers to schedule pickups for the same day. This was the first blow to the Network Marketing model. The Independent Business Owner (IBO) was largely unnecessary.

1994 The internet was introduced to the general public.  This was the final blow to the Network Marketing model. The Independent Business Owner is no longer necessary and the model must be changed...BAM!

2001 Avon launches first ever retail beauty brand in partnership with JCPenney.  The Network Marketing agents were livid however, Avon set a trend that the Independent Agents were no longer needed.

2002 Warren Buffett one of the richest people in the world purchased The Pampered Chef a Network Marketing company.

2007 The 800 Club now called the BAMcircle.net™ profit sharing / internet franchise like system was launched. This compensation model was designed to fix the MLM compensation plan.

2007 Believe The Movie writer and director, Loki Mulholland, was a former Amway salesman. He released the film just in time to possibly impact Dick DeVos' gubernatorial campaign. Mulholland said, "I thinks it's fair that people get a proper perspective about Amway, because this man (DeVos) grew up in the industry."

2008 Network marketing responsible for 20% of the world's millionaires is NOT TRUE!

2011 "What About This One?" Solicitations to join a Network Marketing company seem to be everywhere – at family gatherings, at the office, at the supermarket, at a party with friends, in the neighborhood, even at church!

2011 Michael Johnson CEO of Herbalife was cashing in big as the highest paid CEO in America!

2012 Bill Ackman of Pershing Square has called Herbalife a pyramid scheme and launched an all out assault via FactsAboutHerbalife.com

2012 BailOutStayOut.com was launched to address joblessness with an Entrepreneurial 1099 model in conjunction with W-2 jobs now called BAMreentry.com.

2012 Network Marketing Success? - "The greatest STORY ever SOLD!" FREE eBook / Coffee Table book.  Every home should have one on their coffee table because it is a great conversation piece. 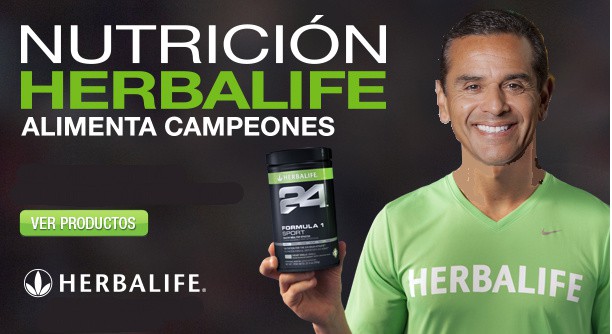 2014 Bill Ackman was interviewed on CNN regarding the difficulty of exposing the flaws of Herbalife.

2015 Bryan Franklin, Founder of BAM was asked to be in new documentary on Network Marketing called Man On Top.

2015 Donald Trump is the most famous promoter of Network Marketing. Trump has been a highly paid spokesman for ACN. 2016 Betting on Zero is a 2016 American documentary directed by Ted Braun. It investigates the allegation that Herbalife is a pyramid scheme, and follows Bill Ackman's short investment in Herbalife, which is ostensibly a billion-dollar bet that the company will soon collapse.

2016 Only about 18 percent of Herbalife distributors qualified for earnings and 95.5 percent earned on average just $627.55 gross.  Herbalife agreed to a $200 million settlement with the FTC that requires it to revamp its compensation system to reward distributors for sales to customers rather than for recruitment.

2016 Late night host John Oliver did a 30 minute video on Network Marketing which includes comments by Former United States Secretary of State Madeleine Albright. This is the best 30 minute overview we have seen to date...it is funny but filled with truths!

2017 CUTCO probably asked you to sell knives right out of High School to get RICH!!! Now It’s Getting Sued.

2017 Jeunesse Global a Network Marketing company whose US executives are facing pyramid scheme and racketeering allegations claims to be enjoying record growth in Australia.

2017 A nationwide class-action lawsuit has been filed against Nerium International, LLC, a Texas-based Network Marketing company selling anti-aging products, along with three high-level executives, a top distributor and 10 unknown co-conspirators, who are alleged to be operating a pyramid scheme.

2018 A new lawsuit accuses President Trump, his company and three of his children of using the Trump name to entice vulnerable people to invest in sham business opportunities including ACN.

2018 Some distributors who claim they were duped by Herbalife's promises they'd get rich selling health and personal care products are suing the company for as much as $1 billion in damages.

2020 Launched the new website and name BAM.eco and raised the MEMBERSHIP TO $400.

2020 The FTC's latest action against Success by Health, (SBH) and its "serial pyramid scheme promoter" lays out the blueprint for how it prosecutes alleged pyramid schemes.

2020 The Federal Trade Commission today announced it has sent 10 letters warning multi-level marketing companies (MLMs) aka Netowork Marketing companies to remove and address claims that they or their participants are making about their products’ ability to treat or prevent coronavirus disease or about the earnings people who have recently lost income can make, or both.

2020 A federal judge allowed a federal lawsuit accusing President Donald Trump, his three eldest children and his company of collaborating with ACN a fraudulent marketing scheme to prey on investors to proceed.

2021 To assist with the millions that are out of work, BAM rolled back the MEMBERSHIP TO $199 1-Time!

2021 Mary Kay promises to put all of their Agents in the fast lane to financial success read more.

2021 Former President Donald Trump and his three eldest children can’t force a lawsuit into arbitration that was brought by people who felt cheated by ACN.

2021 The empty dream that LuLaRoe sold The women selling leggings on Facebook were the real prey, as the new Amazon series LuLaRich shows. LuLaRoe to pay $4.75 million to resolve AG Ferguson’s lawsuit over pyramid scheme


2021 Utah-based supplement MLM USANA has removed numerous deceptive marketing claims following a TINA.org investigation and letter to the company. In addition to the removal of deceptive income claims and unsubstantiated health claims, marketing changes include fixing more than 100 influencer posts by USANA-sponsored athletes that had lacked proper disclosures of their connections to the company.

2021 The pandemic created a new pool of recruits for Network Marketing companies – from the newly unemployed, to stay-at-home moms and young people looking for alternative ways to earn income.

Many former Presidents have promoted Network Marketing!  Watch the video above!

All of the information provided on this website is from the public domain, simply housed and presented in 1 location for you to read.