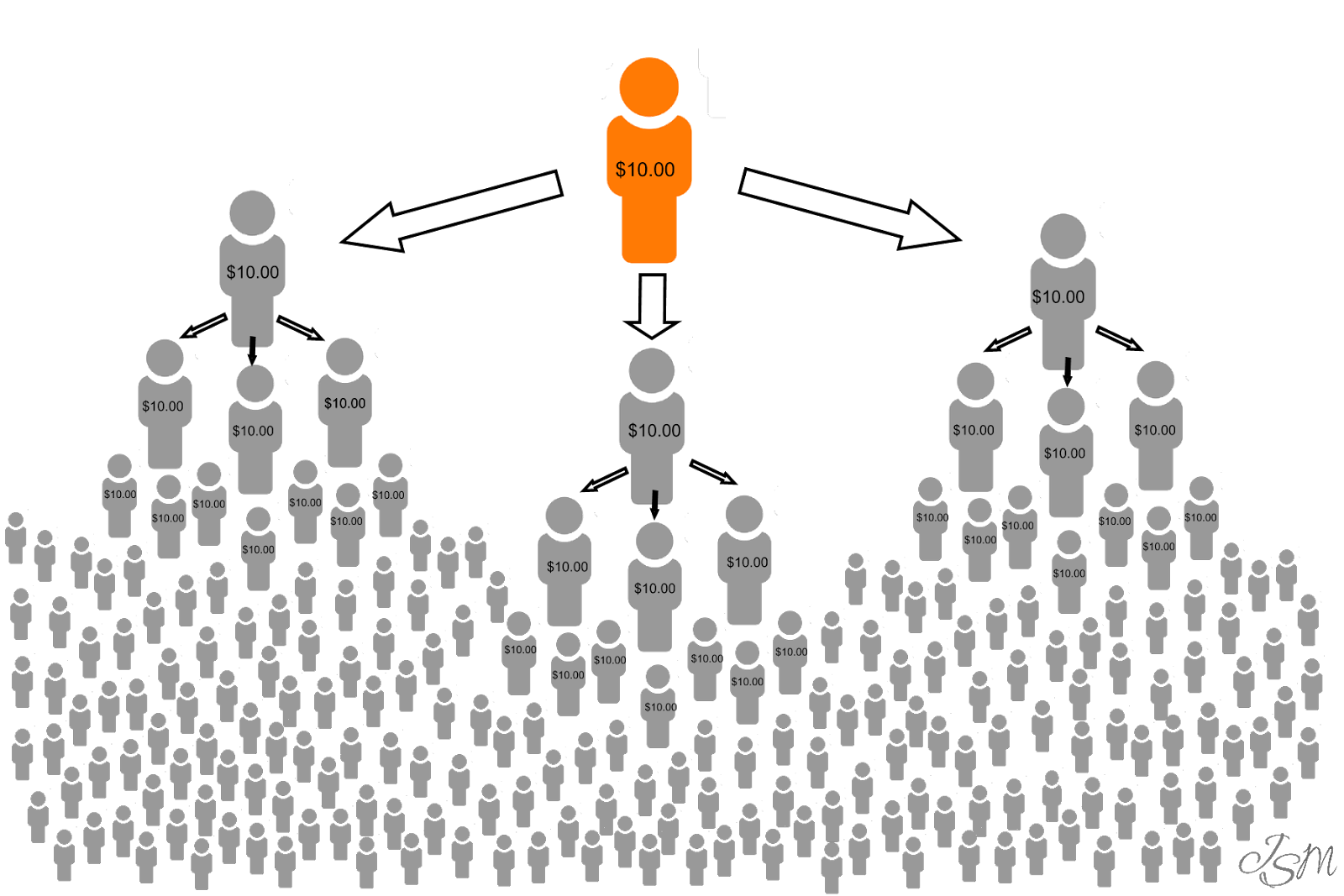 THIS CROWDFUNDING MATRIX LOOKS FAMILIAR TO A NETWORK MARKETING MATRIX.

We want to lead people to an "Aha!" moment with our story of a more effective way to raise funds.  "If we build it [the story], they will become members of BAM."

"I also have some definitive feelings about how I want to spend my time enrolling people in BAM and why" said Filmmaker Tamika.

“CROWDFUNDING’S attractions are very similar to Network Marketing to me,” says Bryan.

People see the very few crowdfunding campaigns that collect big bucks and their hopes of doing the same thing draws them into trying their own campaign. Unfortunately, just as with Network Marketing, far too many of the crowdfunding Campaigners actually get their money. Most people put in a lot of time and effort on a video & story only to end up with a percentage raised that's far less than the goal. However, Kickstarter, Indiegogo, Go Fund Me and others earn millions from small amounts raised by masses of individuals.  Network Marketing typically requires one to pay a fee to enroll.  Crowdfunding is FREE, but is it?  What is your time and talent worth to create that compelling video & story?

Look at George Frasier, the #1 Networking Guru of the Black community. He tried to raise $100,000 via Indiegogo and only managed to raise $15,000 (just 15% of his goal). When the Networking Guru of Black America has challenges with his crowdfunding campaign http://www.indiegogo.com/projects/the-connect-the-dots-movement, I’d say there is something fishy with the crowdfunding model. If he couldn’t raise his goal, what does that say about the odds for Leroy Johnson?

“I’d like to see fewer people following Followers when it comes to the internet,” says Bryan, “and do something that’s tried, true, and makes sense on paper. The story & video just needs to meet and match the BAM alternative to Network Marketing movement.”

At least 40,000 people sign up for Network Marketing companies every day in America alone; how many can we have take the requested action to become a member of BAM with an awesome video & story?  Have you been following the www.FactsAboutHerbalife.com story & videos, or should I say saga, funded by billionaire Bill Ackman?